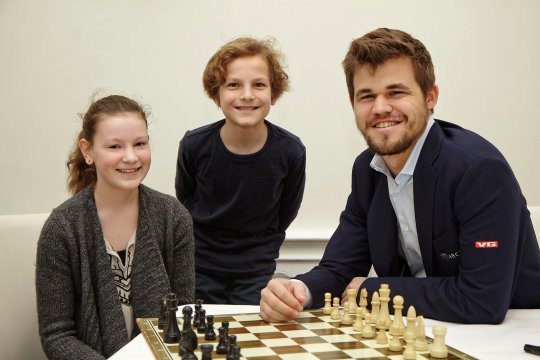 Along with the behavioural guidance and the training of particular attributes, chess can also allow for the development of certain brain functions which may improve creativity, logic and proficiency in school. Chess is particularly vital during a child’s development years as physical changes to the brain can allow for neurological maturity at a younger age. This last section of The Benefits of Chess for Children series will focus on the modifications chess can have on the brain and the resulting advantages that would allow children to be potentially smarter and more creative.

If you missed the previous sections click the buttons below before continuing with this section!


Changes to the Brain

Just as training the body improves strength and endurance, training the brain also has its benefits. Without delving too far into neuroscience, neurons are nerve cells that communicate signals. Between these cells are branches called dendrites, which allow signals to carry information between the neurons. These dendrites grow and shrink in response to stimuli. Actions such as alcohol consumption as well as specific diseases such as Alzheimer’s can cause dendrites to degenerate, however certain physical and mental activities cause the dendrites to expand. With more dendrites, information can be transmitted between different areas of the brain more efficiently.

Imagine neurons are towns, having different purposes. While one town may be primarily residential, another may be agricultural or commercial. In order for people to travel and exchange services in the local area, roads must exist between the towns. As more people travel a certain route, the road will expand, allowing for the faster transportation of people, goods and services. Just as towns in this analogy have different purposes, neurons also have specializations as they can be sensory neurons, motor neurons or interneurons. The roads that connect each town are the dendrites that connect the neurons, allowing for signals to travel between them. Adding lanes to these roads is like expanding the branches of the dendrites. Wider roads allow for faster travel between the towns, and larger dendrites allow signals to move from neuron to neuron more quickly.

In order for these roads to expand, there must be more people using them, usually for a particular reason. Perhaps a massive chess tournament takes place in one of the towns on a regular basis and the whole population of another town travels to see it! The burden on a small road would be too great, so the road expands, possibly even into a highway! Just as chess could be a stimulus for considerable traffic, chess is a powerful stimulus that leads to the expansion of dendrites. Some of the strongest stimuli for dendrite expansion are social interaction and challenging activities, and chess is both of these! Playing chess exercises the brain and actively causes dendrites to expand, allowing for your own mental highways to be constructed.

Children who play chess are steadily training their brains and expanding the dendritic branches in between their neurons. Dendrites are often thought to be linked with memory and learning, as more and more research points to the structures playing a role in storing experiences as memories. With further research being made around the connection of dendrites and learning, in the near future we may know just how beneficial chess is with its promotion of dendritic growth.

Our brains are split into two cerebral hemispheres, left and right, which process information in unique ways. The left side of our brain focuses on aspects such as logic, memory, analysis and calculation, which are useful for language, science, strategy and mathematics. The right side of our brain is dominant in non-verbal, visuospatial aspects such as creativity and imagination as well as intuition, emotion and art. While significant controversy exists whether humans can be more dominant in one hemisphere than the other, in certain situations the brain can rely on one side more than the other. Lateralization is a function of the brain to use one side of the brain more than the other for certain activities. For example, classroom skills are more dependent on the logical, factual left side of the brain, while playing a musical instrument may harness the creative and rhythmic right side of the brain. While some activities use lateralization to prioritize the use of one side of the brain, some activities, including chess, activate both sides of the brain.

Over the past few decades, a vast number of studies have been made on the correlation between playing chess and academic performance. Time and time again, students who play chess have proven to have significant improvements in their math skills, reading skills and cognitive development. Dr. Christiaen, a Belgian psychologist conducted a famous chess study with a group of fifth graders. Christiaen documented that the chess-playing experimental group experienced greater cognitive development and scored higher on both internal and external tests than the control group. Dr. Adriaan de Groot, another Belgian psychologist and chess master, also noted based on the study by Dr. Christiaen that the game had a significant positive influence on academic motivation.

While chess is a wonderful instrument of cognitive development, it is also a game! Children are always keen to play games and have fun, and the playful aspect of chess can be a powerful motivator for building strong problem solving skills. While certain playstyles, strategies and tactics can be carried over from game to game, a new game of chess brings a whole arsenal of new problems and positions to analyze. These force children to dissect the puzzle that faces them with each move, while pulling useful strategies and tactics from memory to aid in their problem solving. The infinite variety of chess games ensure that children can enhance their problem solving skills with fresh positions bundled into an eight by eight board of fun.

The ability of chess to train the problem solving skills of children coincides directly with the improvement of math skills. Of all academic fields, math has been the highlight for studies involving chess and school as math is heavily integrated in chess in a multitude of ways. Each move in chess is a carefully calculated decision, bringing into account an array of potential responses by the opponent. Making proper exchanges and captures in chess involves logic and the comparison of piece values, and moving pieces uses board notation, a variation of the fundamental coordinate system in math. The benefits of the amalgamation of chess in math is apparent in a number of studies conducted over the years. A two-year study by Dr. Yee Wang Fung at the Chinese University in Hong Kong from 1977-1979 reported a 15% improvement in math and science test scores by chess players over non-chess players. In New Brunswick, Canada, a three-year study between 1989 and 1992 using 437 fifth graders found a proportionate increase in math problem solving skills to the amount of chess in the curriculum.

The same study in New Brunswick also recorded a similar proportionate increase in comprehension with the amount of chess the test student group played. Another study conducted with the New York City Schools Chess Program from 1990-1992 found strong evidence that playing chess improves reading performance. The improvement of reading skills is likely due to the strong correlation between chess and comprehension, as both the positions on a board and the words on a page require analysis, decoding and understanding.

The benefits of chess in school programs is an often explored area of scientific research and has proven a strong link between the game and problem solving, math and reading skills as well as motivation and classroom focus. Apart from scientific studies, anecdotal sources have consistently shown that chess can improve a child’s confidence and aid in building friendships. Nearly all grandmasters began their love for chess at an early age and exposing your child to chess could also uncover a special talent or passion for the game. 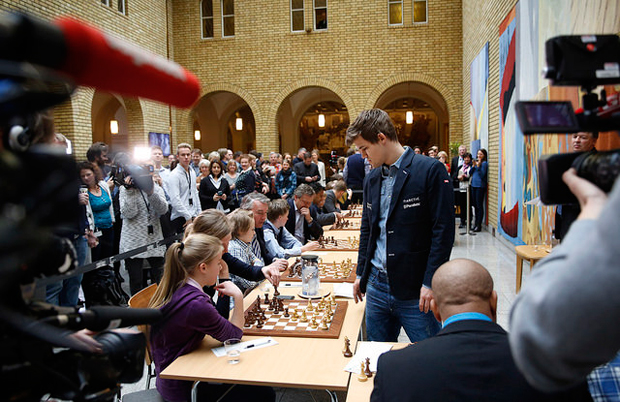 Over the years, extensive scientific research of chess has proven the existence of a multitude of benefits to cognitive functions and academic performance. Whether a child dreams of being the next chess world champion or simply enjoys playing a casual game, it is clear that the game provides much more than fun. During the key development years of childhood, it is paramount for children to have the opportunity to develop healthy, positive habits while being happy. While chess is a powerful tool with significant advantages, it is also primarily an extremely enjoyable and challenging game. Next time your child finds themselves with some spare time or entranced by the TV, why not pull out a chessboard?

Get Started in Chess Today!

The Benefits of Chess for Children: Part 2 of 3

As we explored in the previous blog post, chess is a superb tool for improving attributes such as memory,…